Home Paul's Blog 13 Things You May Not Know About Zombies Halloween is coming and with that Zombies. Zombies have been around for a very long time — but even more than ever it seems over the past decade, from T.V. shows (yes, we are Walking Dead fans) to paraphernalia. So being it is almost Halloween, that got me thinking… Is there anything about zombies we don’t know at this point?

So I did some digging and found out that:

As we do each year, now through Halloween my one-of-a-kind Zombie Apocalypse Bio Hazard bracelet is on sale for only $15.00 – that’s 23% off (maybe start thing “holidays”?)! I use only mil-spec MIL-C-5040H type III requirement 550 paracord with our Stainless Steel Laser Cut Bio Hazard Medallion. Great addition to any costume!

We’re starting this sale today to give you enough time to order and get your bracelet in time to wear on the the big day — October 31st! Get Your Zombie Apocalypse Bio Hazard Bracelet Only $15 thru Halloween

If you wear our bracelet to a Halloween party, send us the pics showing our bracelet and we’ll give you a discount code for your next order! “Eat, drink and be scary!” 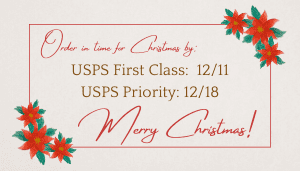