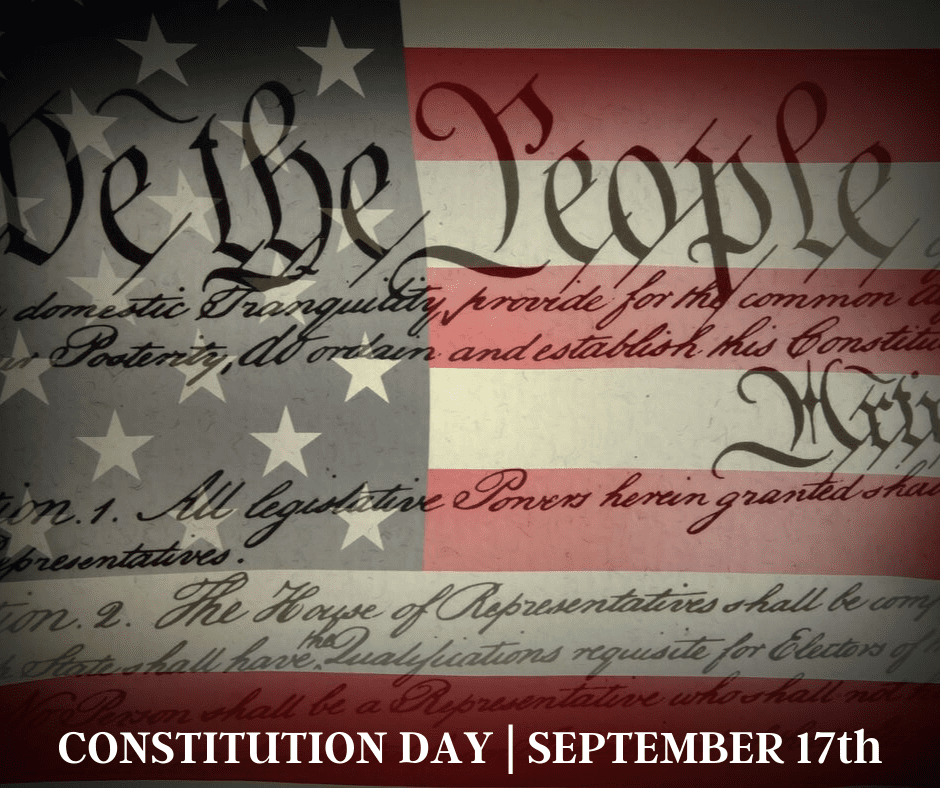 As I do every Constitution Day, September 17th, I share some history about the first Constitutional Convention. Yep, more history that many are not aware of and that is no longer being taught in our government schools.

“A primary object should be the education of our youth in the science of government. In a republic, what species of knowledge can be equally important? And what duty more pressing than communicating it to those who are to be the future guardians of the liberties of the country?”
-George Washington

So grab a cup of coffee, sit back and enjoy as we rediscover the creation of our great Constitution.

Even though the United States won its independence in 1783 from Great Britain, it wasn’t until 1787 that some of the foremost leaders of our young Nation gathered together to create the Constitution of the United States of America.

Previously our Country ran by the Articles of the Confederation. Each state operated almost entirely independently of other States. New York lawyer and politician, Alexander Hamilton, saw the need for a more stabilized and central government to keep the Nation intact. The Continental Congress supported Hamilton’s idea and invited all thirteen states to gather in Philadelphia in May 1787. All of the states sent representatives except for Rhode Island, who was afraid of what a central government would do to its economic business. Boy have times changed for Rhode Island!

In attendance were eight signers of the Declaration of Independence, six signers of the Articles of Confederation, merchants, politicians, farmers, bankers, and lawyers. Benjamin Franklin attended as the oldest delegate at the age of 81. George Washington was urged to come, and although he hesitated, he did participate.

One of the greatest delegates at the convention was James Madison. He took fastidious notes during the convention that give an in-depth look into the minds and hearts that gathered in Philadelphia. Later he (along with Alexander Hamilton and John Jay) wrote “The Federalist Papers” to encourage people to ratify the Constitution. He fiercely defended those that worked tirelessly in drafting the Constitution saying,

“Whatever may be the judgment pronounced on the competency of the architects of the Constitution, or whatever may be the destiny of the edifice prepared by them, I feel it a duty to express my profound and solemn conviction…that there never was an assembly of men, charged with a great and arduous trust, who were more pure in their motives, or more exclusively or anxiously devote to the object committed to them.”

“Who were more pure in their motives…” If only we had such statesmen at the helm today.

For the duration of that summer, the convention met in secret, shut away from the prying eyes of the press. While they originally debated amending the Articles of Confederation, it soon became apparent that an entirely new form of government should be created. The delegates developed a three branch system–executive, judicial, and legislative–with a series of checks and balances to ensure no part of the government became too powerful.

By September 1787, Alexander Hamilton, James Madison, William Samuel Johnson of Connecticut, Gouverneur Morris of New York, and Rufus King of Massachusetts had finished the final draft of the Constitution. Thirty-nine of the fifty-five delegates signed it on September 17th, including George Washington. The Constitution needed to then be ratified by 9 of the 13 states before it could be passed into law.

The first states to ratify the Constitution were Connecticut, Georgia, Pennsylvania, Delaware, and New Jersey on December 1787. Other states remained opposed as the document laid out protection for basic political rights and freedoms. After agreeing that amendments would be made, more states ratified the Constitution.

New Hampshire became the ninth state to ratify on June 21, 1788 and the Constitution went into effect on March 4, 1789.

Finally on May 29, 1790 (three years after the Constitutional Convention convened for the first time) the last state, Rhode Island, ratified the Constitution. However on February 2nd of that same year, the U.S. Supreme Court held its first session, marking the date when the government was fully operative.

James Madison presented 19 amendments in the new U.S. House of Representatives in 1789. While he presented 19, only 12 were sent to the states for ratification. From there, 10 became the Bill of Rights. They contain the basic rights we claim today, such as the freedom of speech, of religion (not from religion a popular drum-beat today), and the right to bear arms.

Since then, the Constitution has stood as the framework from many more nations. It is the oldest and shortest written Constitution of any major government in the world. It stands as a monument to the thoughtful and inspired framers who cared enough to create something magnificent.

Couldn’t have said that better myself!

Next, Read My 2 Part Series: The Reason for The Constitution